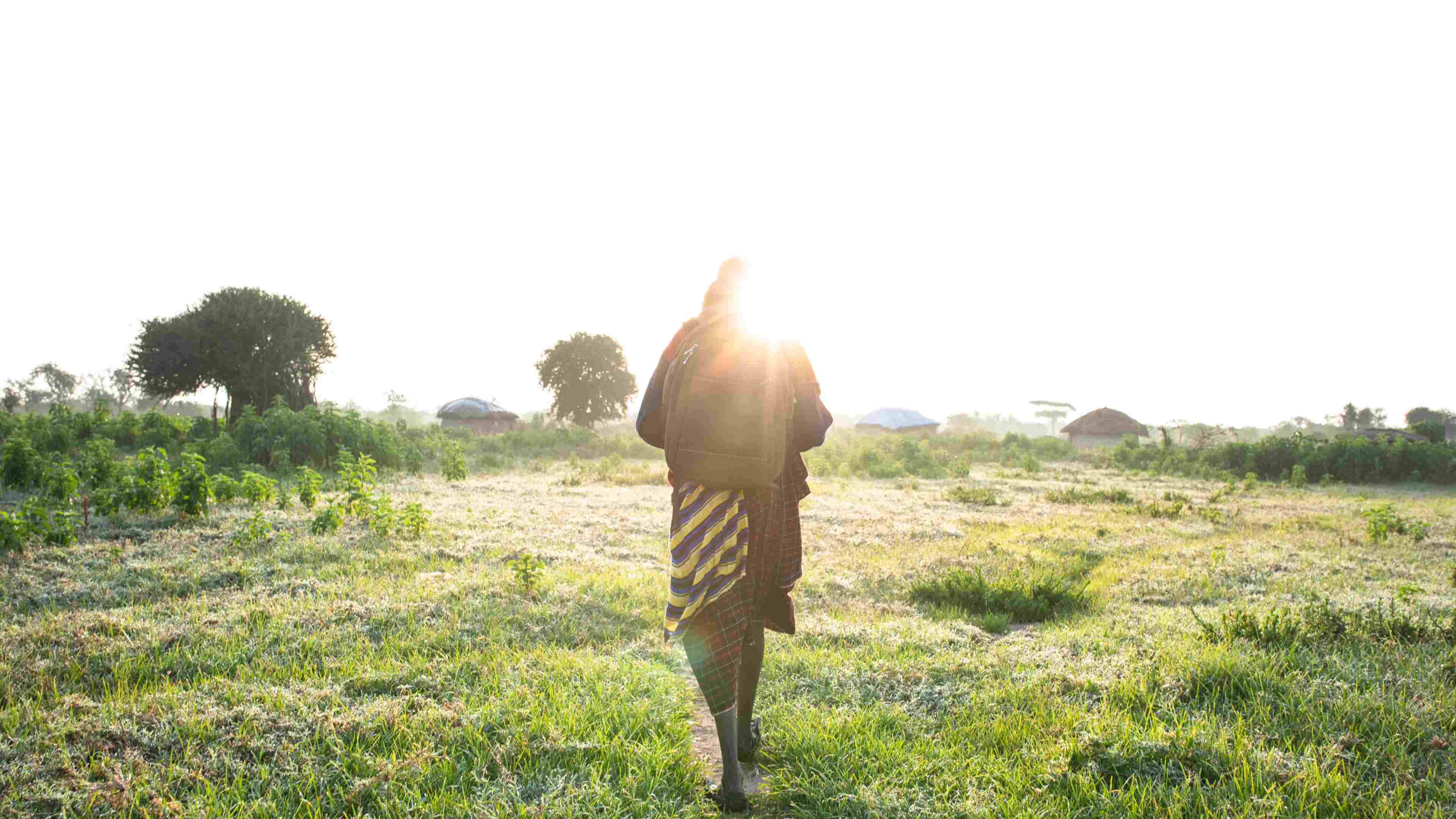 From Aspiring Hunter to Wildlife Guardian

A Maasai warrior promotes coexistence in his community.

When Kimath was growing up in his Maasai community, local men brought honor and pride to their families by sacrificing the predators that endangered their livelihoods and their cattle. Back then, Kimath dreamt of hunting lions and other large carnivores. But times changed, and the rapid decline of local wildlife populations meant that Indigenous people like Kimath had to adapt in order to preserve their very own existence and culture.

Today, Kimath works as a Warrior for Wildlife with African People & Wildlife – one of the thousands of people in our conservation landscapes creating transformative change through peaceful coexistence. He takes pride in his job protecting the environment and assisting community members who have been impacted by the wildlife they share the land with.

Kimath walks through the savanna in northern Tanzania. He takes pride in protecting wildlife, not harming it as he dreamt of as a boy.
©
Erika Piñeros/African People & Wildlife 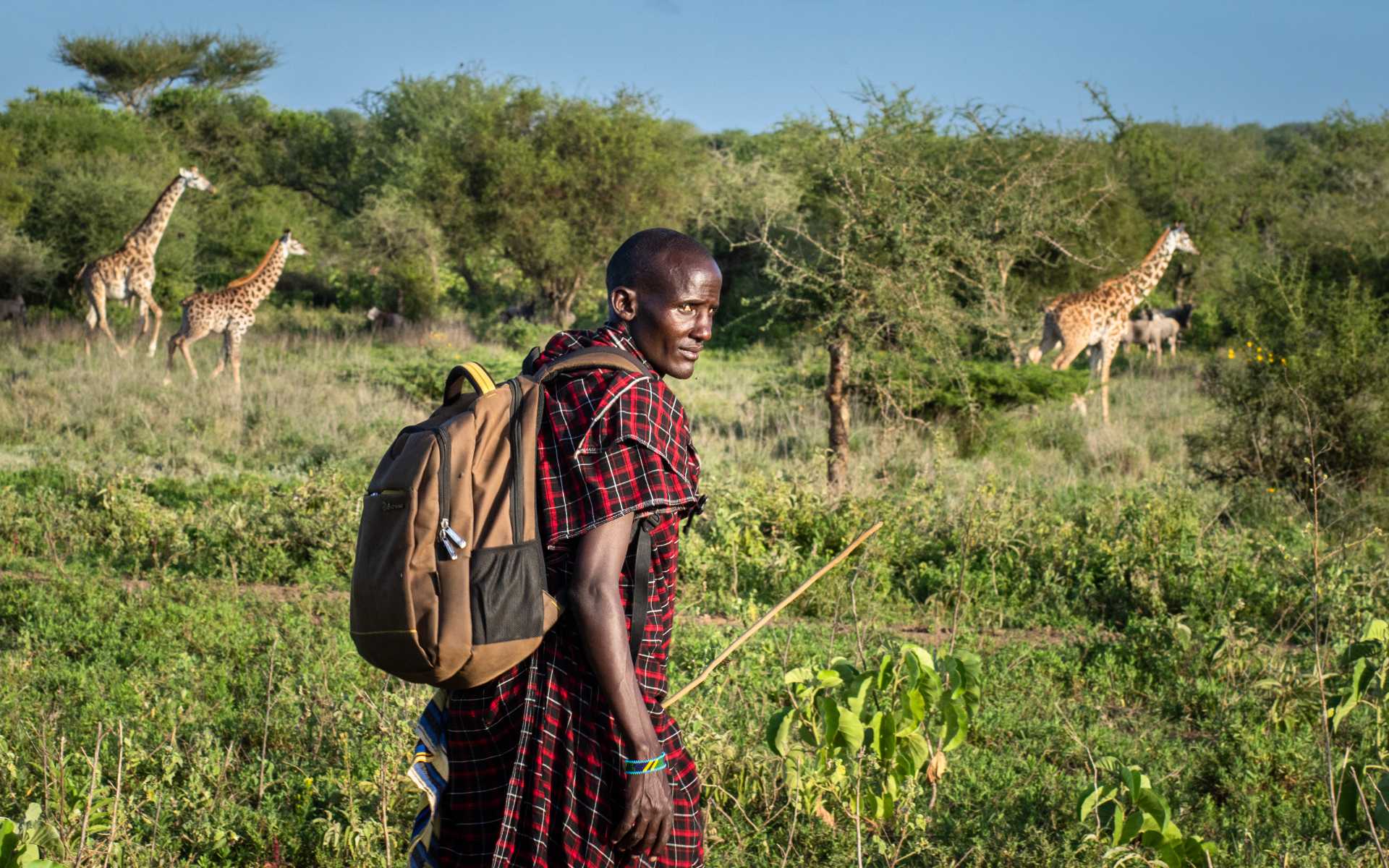 Having cattle is a symbol of belonging in Maasai culture.

Like many Maasai, keeping livestock is Kimath’s main source of income and is essential to his family’s well-being. Some of his goats were once killed by hyenas as he grazed the herd, so Kimath is not indifferent to the anger and frustration these attacks can cause in the community.

“Having cattle is a symbol of belonging in Maasai culture,” he says, walking proudly among his goats. “I feel bad when my fellow community members lose livestock to attacks by wild animals. I teach them ways to protect herds and their livelihoods."

One of Kimath's key recommendations is a Living Wall – a circle of growing Commiphora trees reinforced with chain-link fencing – which prevents attacks on livestock at the homestead with a 99.9% success rate. Kimath is confident that this nature-friendly solution can help his community significantly reduce further conflict with the wildlife that surrounds them.

©
©
Kimath holds a goat to give its baby a chance to eat.
©
Erika Piñeros/African People & Wildlife 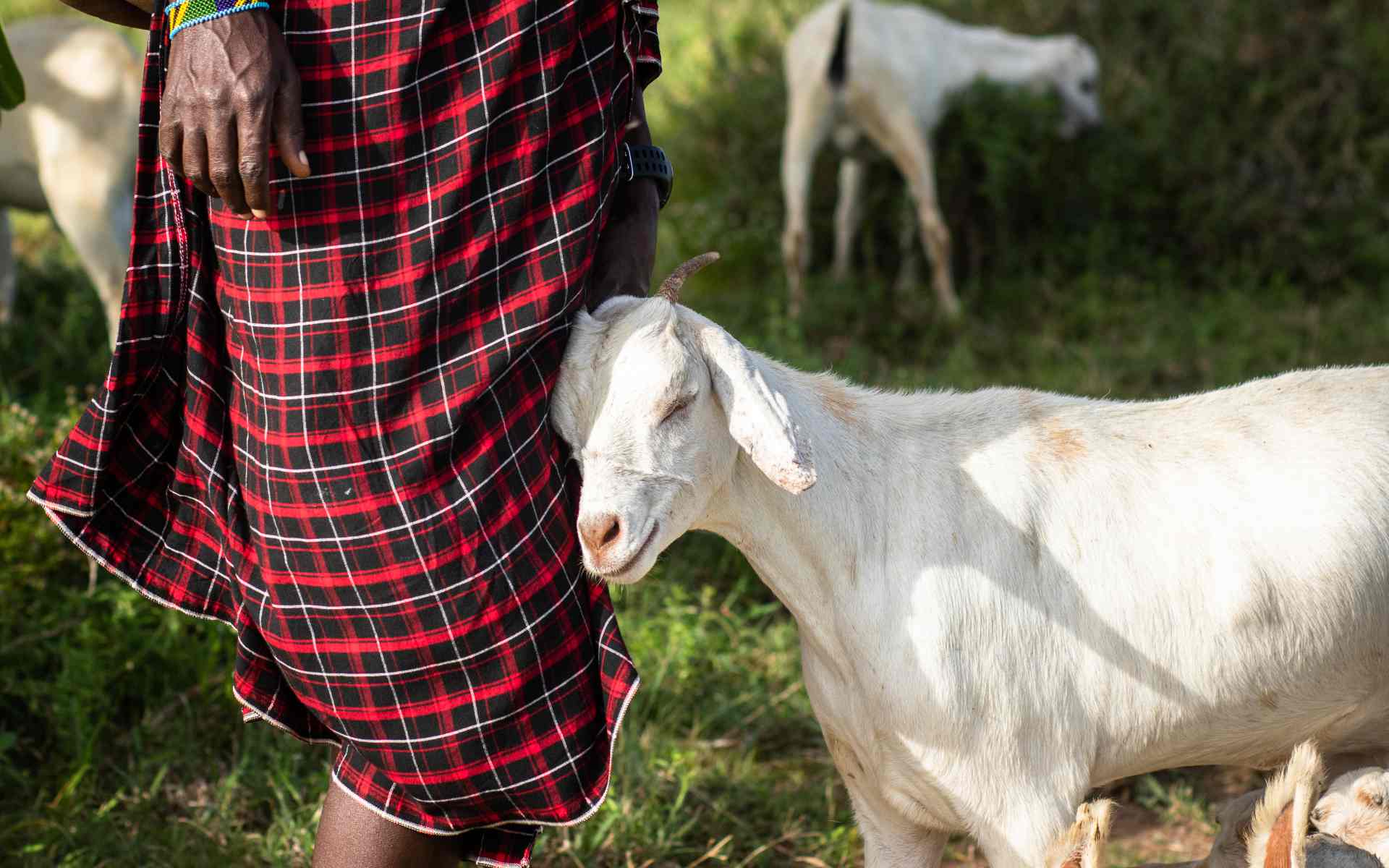 One day in early 2021, Kimath's skills as a Warrior for Wildlife were put to the test. He received a call that 10 of his neighbor's goats had been killed by hyenas during the night. The animals had been insecurely corralled in a traditional enclosure made from dried thorn branches, which large carnivores can often penetrate.

Kimath rushed to the scene to find his neighbor, Kilele, angry and wishing to retaliate. "Those hyenas caused me a great loss," said Kilele. "I lost a lot of money because of this."

Kimath calmly spoke to Kilele and other community members about the benefits of conservation. After convincing Kilele not to retaliate against the hyenas, Kimath advised him to build a Living Wall so his livestock would be better protected in the future. 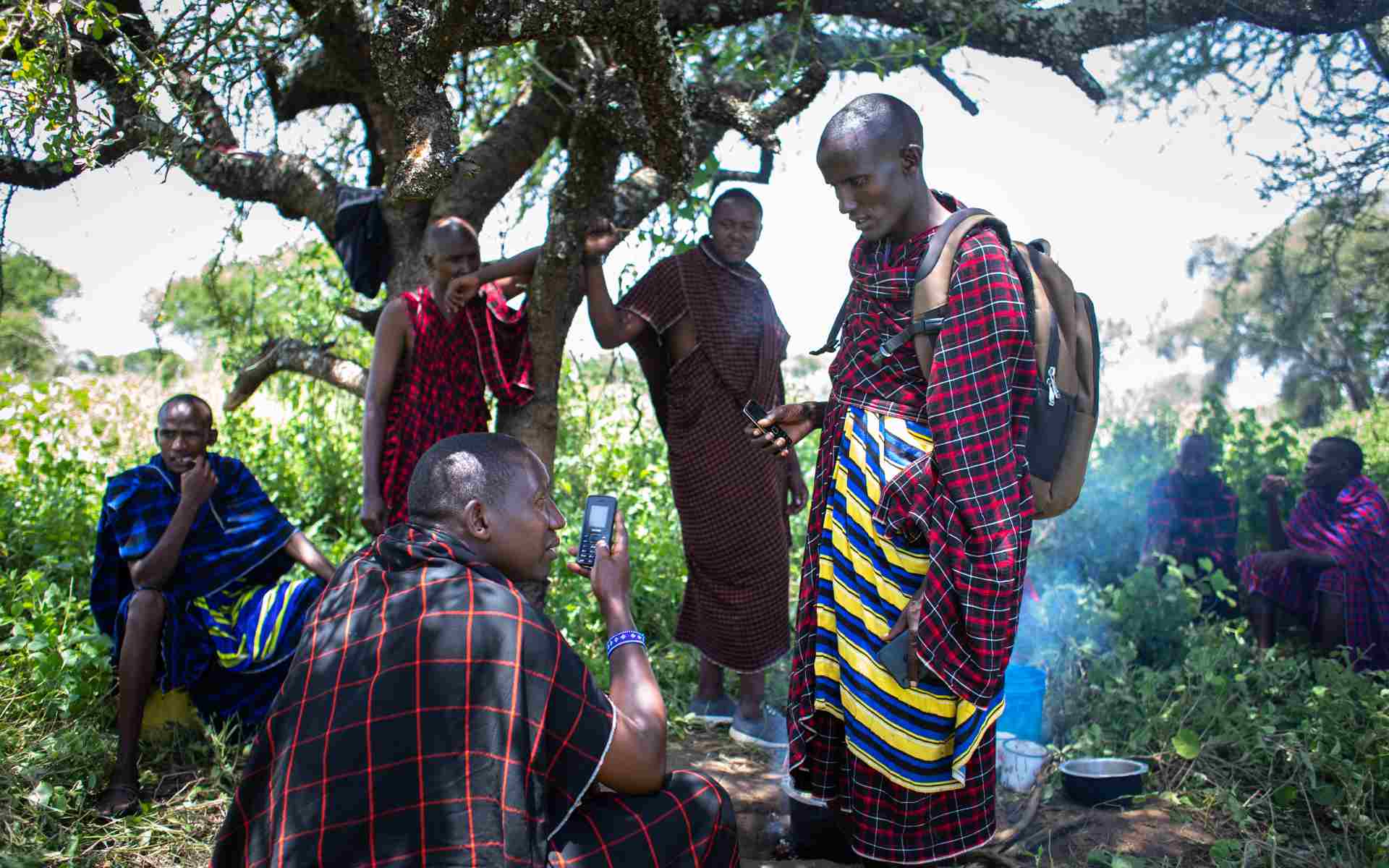 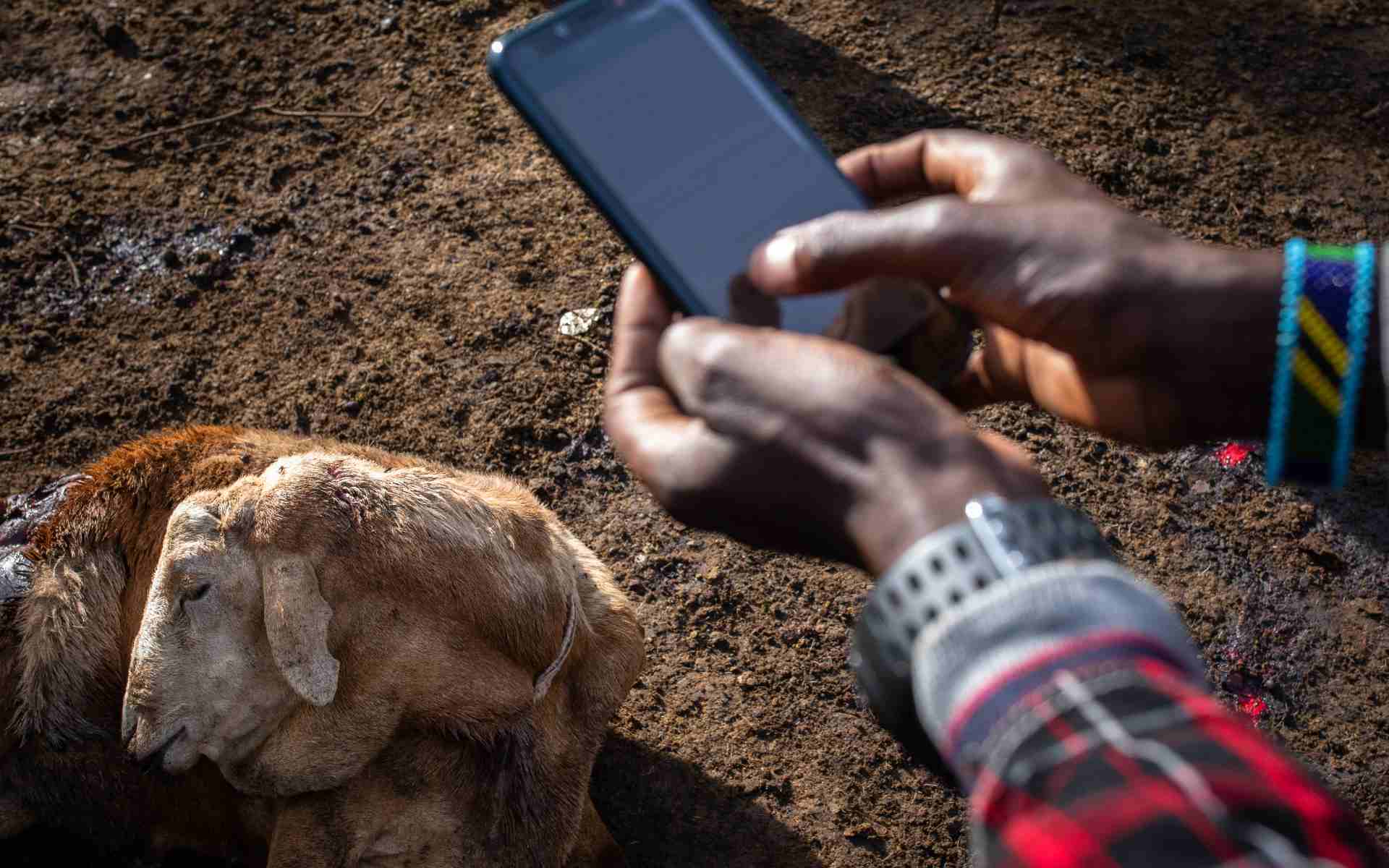 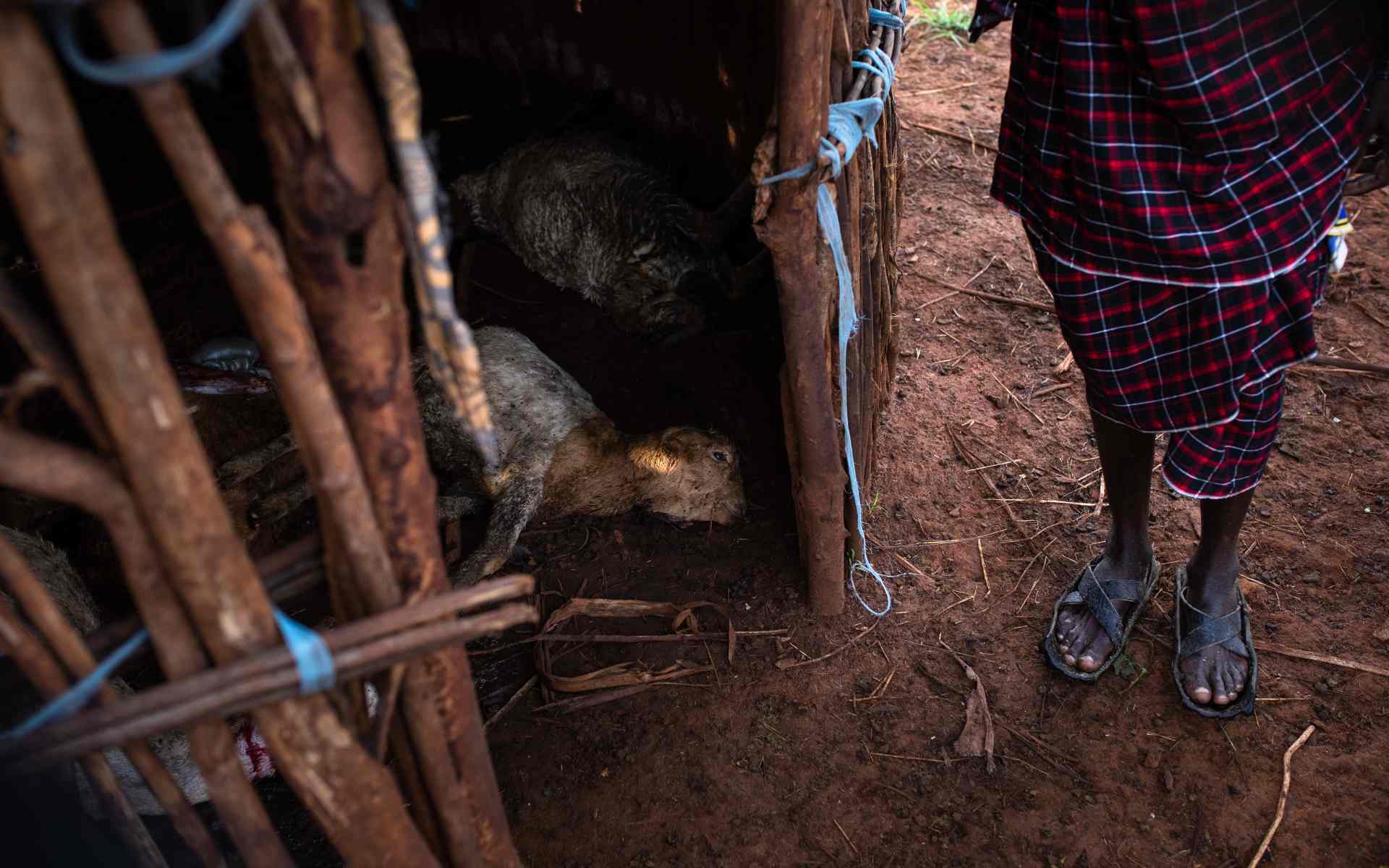 Kimath believes his role as a Warrior for Wildlife is essential to the long-term conservation success of species like lions, cheetahs, leopards, and hyenas in Tanzania – and to the survival of his Maasai heritage.

Kimath’s daughter runs to meet him as he arrives home after the day’s work.
©
Erika Piñeros/African People & Wildlife 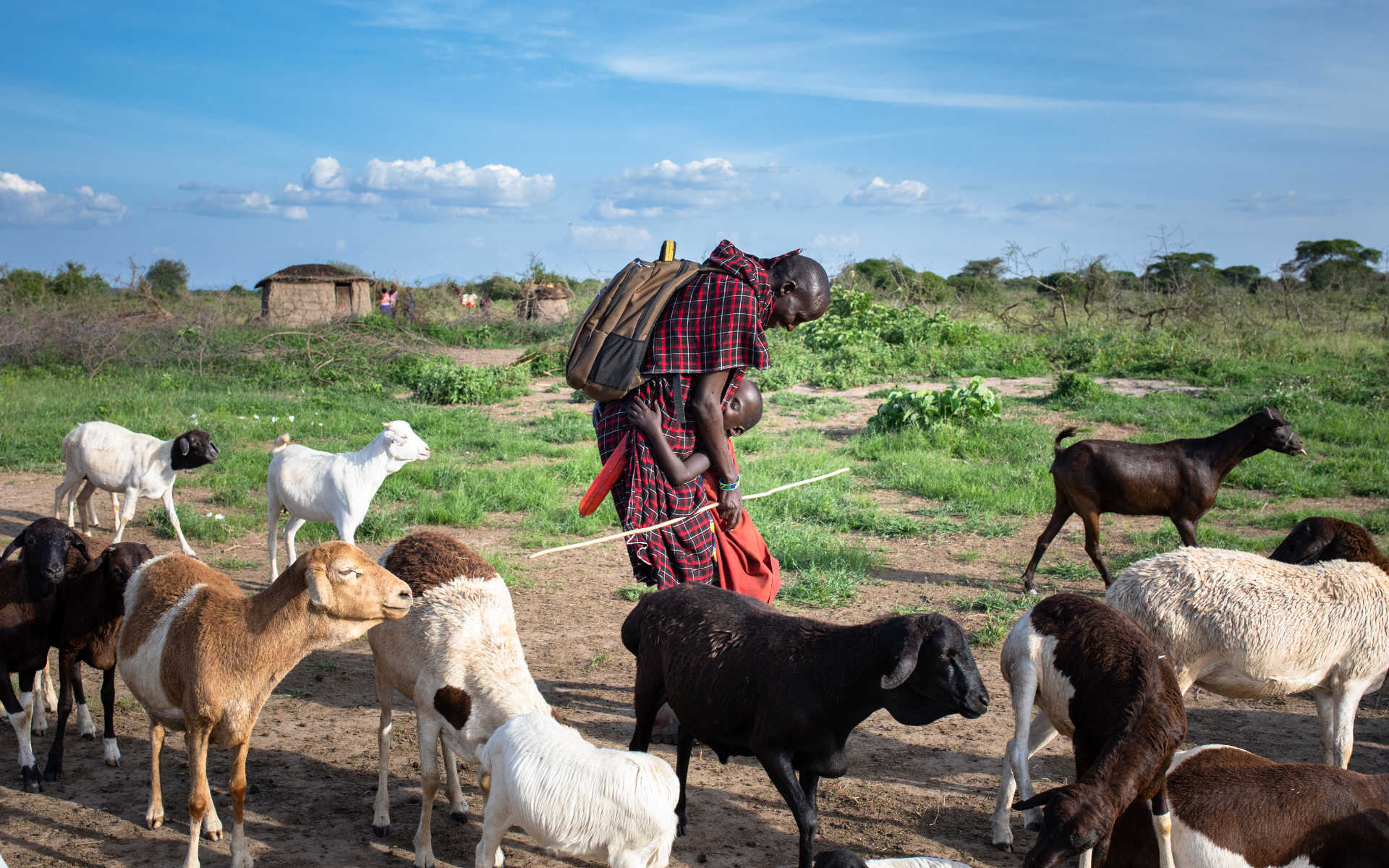