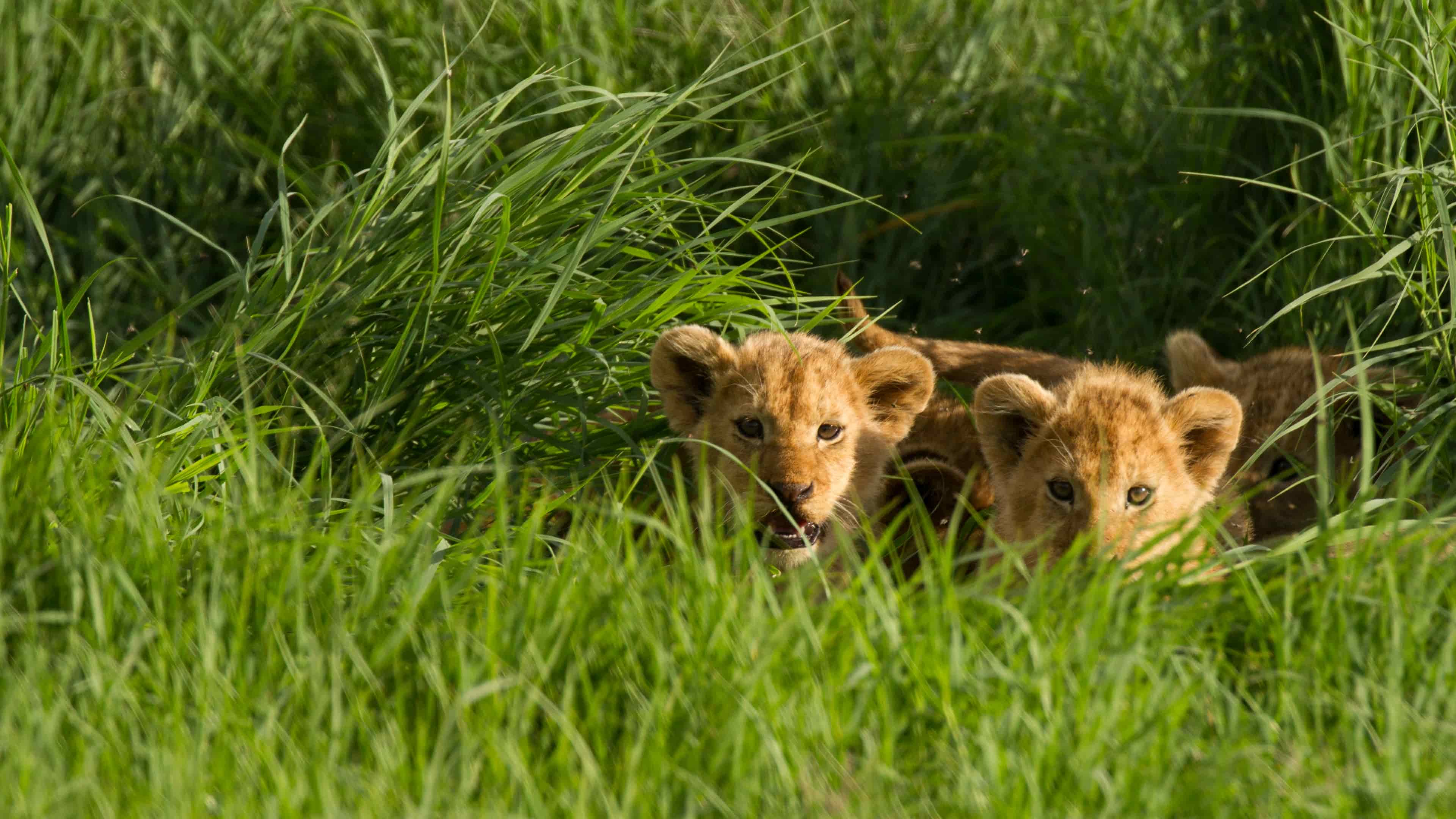 The Northern Tanzania Big Cats Conservation Initiative is dedicated to the long-term protection of highly threatened African lions, cheetahs, and leopards. The initiative also works to maintain vital landscape connectivity for these big cats across our six programmatic areas.

Lion, cheetah, and leopard populations have come under extreme pressure in northern Tanzania over the last twenty years, particularly outside of protected areas. Threats challenging the survival of these big cats are primarily due to conflict with humans and the loss of habitat and prey species. In this region, more than 92 percent of wildlife habitats are landscapes where humans and wildlife interact. Therefore, the committed involvement of local communities is essential for the long-term survival of big cats.

The Northern Tanzania Big Cats Conservation Initiative engages local people as our allies and partners, empowering them to sustainably manage their natural resources for the mutual benefit of both people and wildlife. Our holistic approach supports community-driven conservation activities, working to stabilize local wildlife populations while uplifting livelihoods.

The Northern Tanzania Big Cats Conservation Initiative is made possible by generous support from the National Geographic Big Cats Initiative and our other valued partners. In addition to helping ensure a future for big cats in the region, this work also benefits the African wild dog, spotted and striped hyenas, elephants, and many prey species, including a rare population of fringe-eared oryx.

The Big Cats We Protect 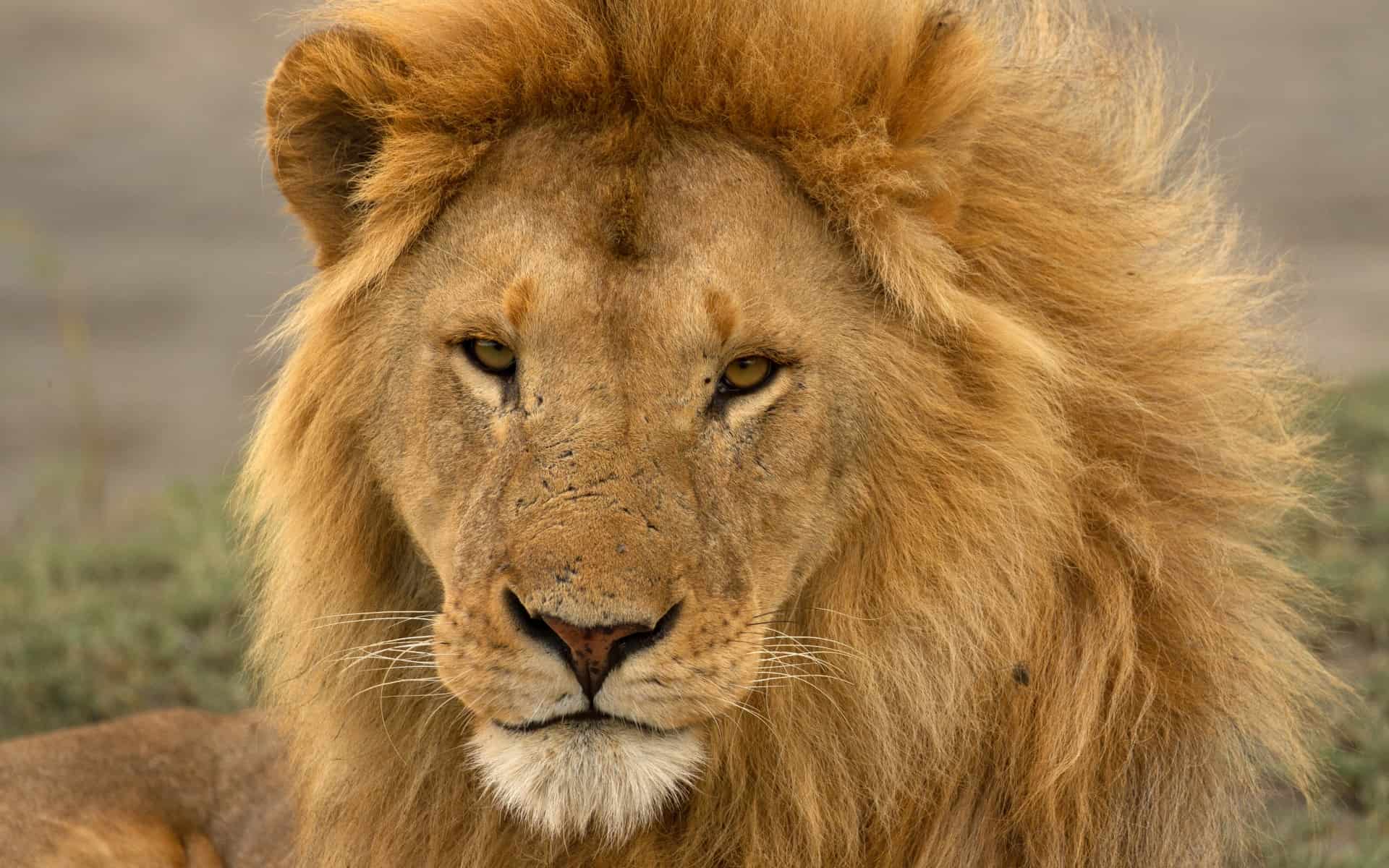 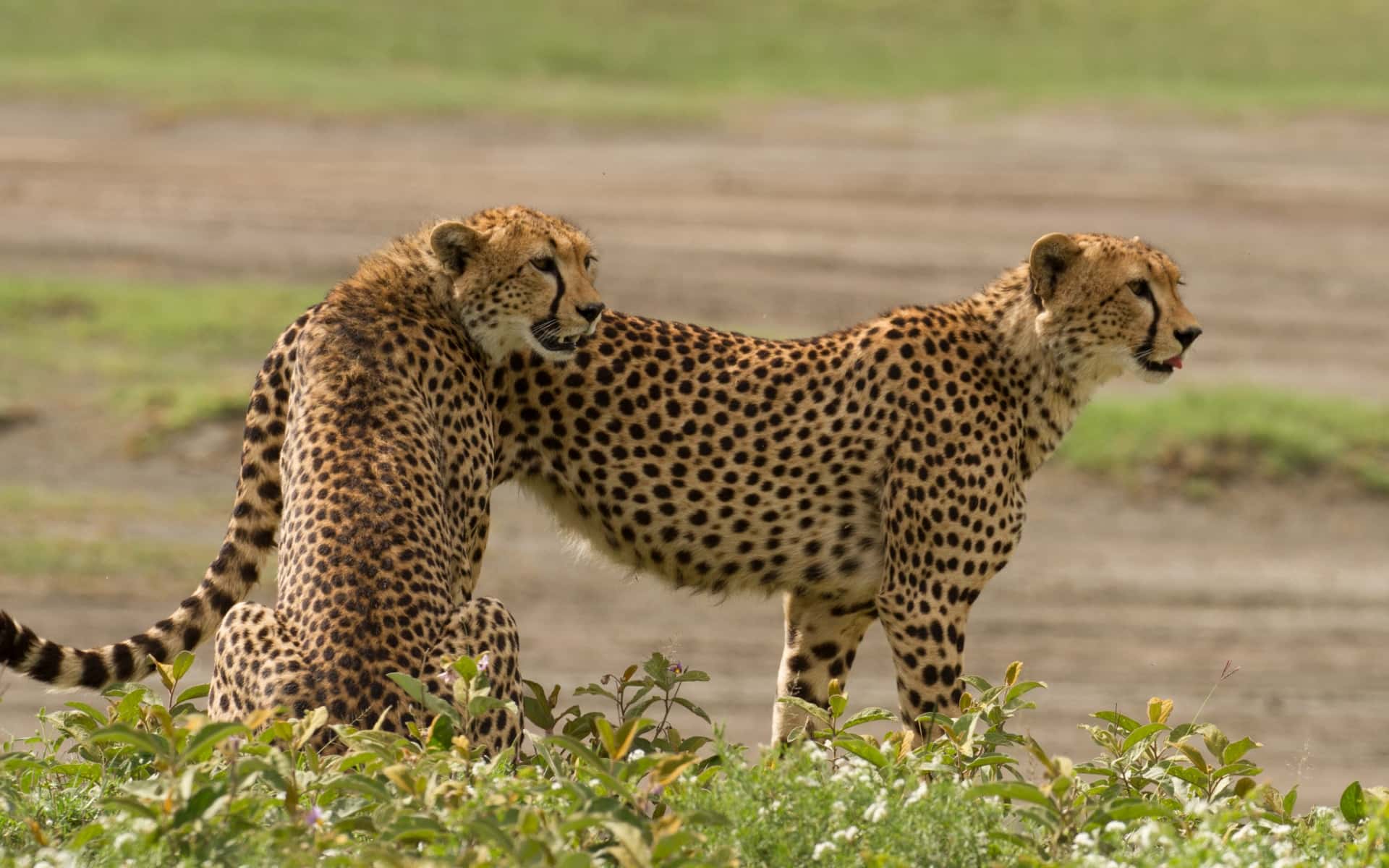 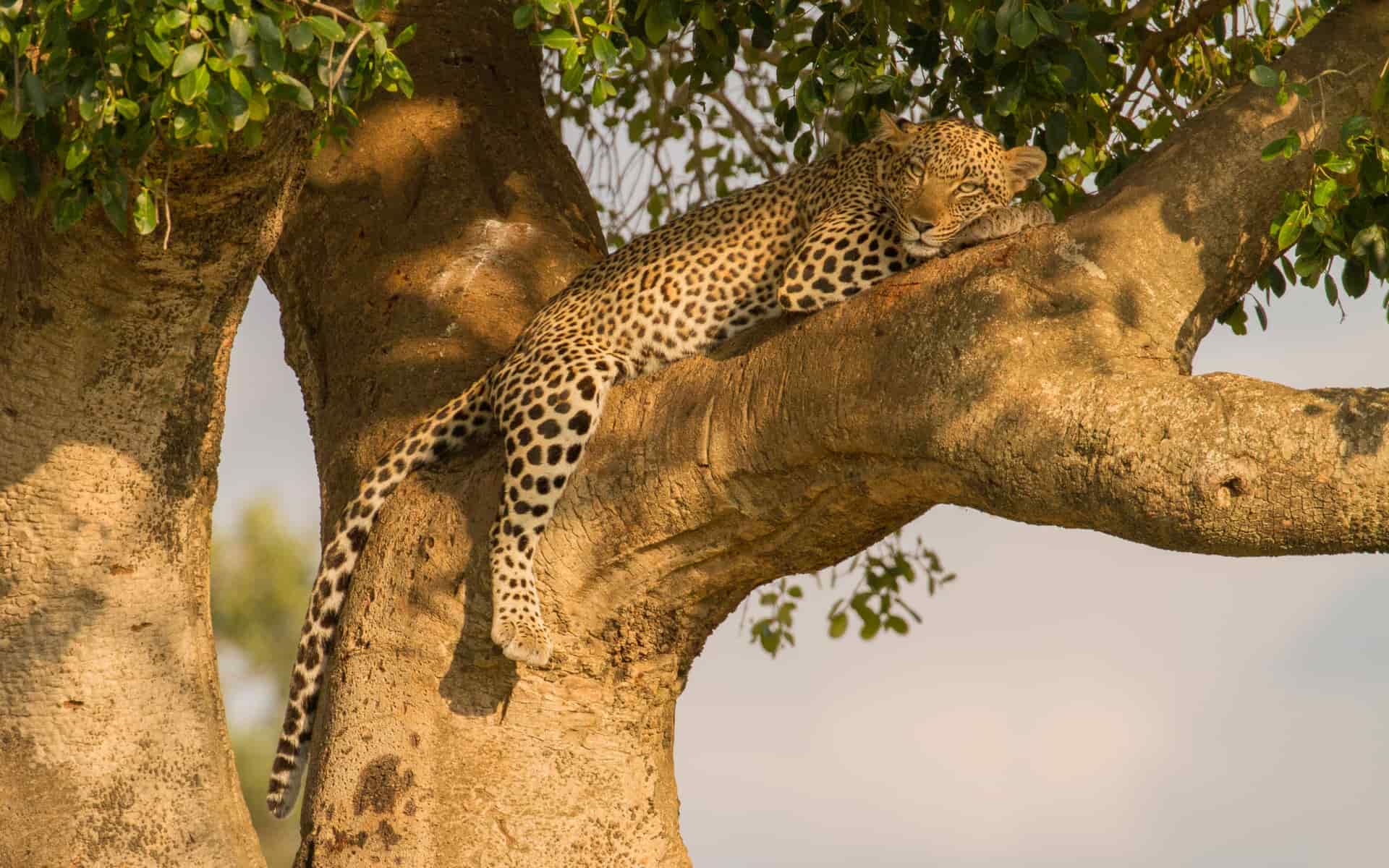 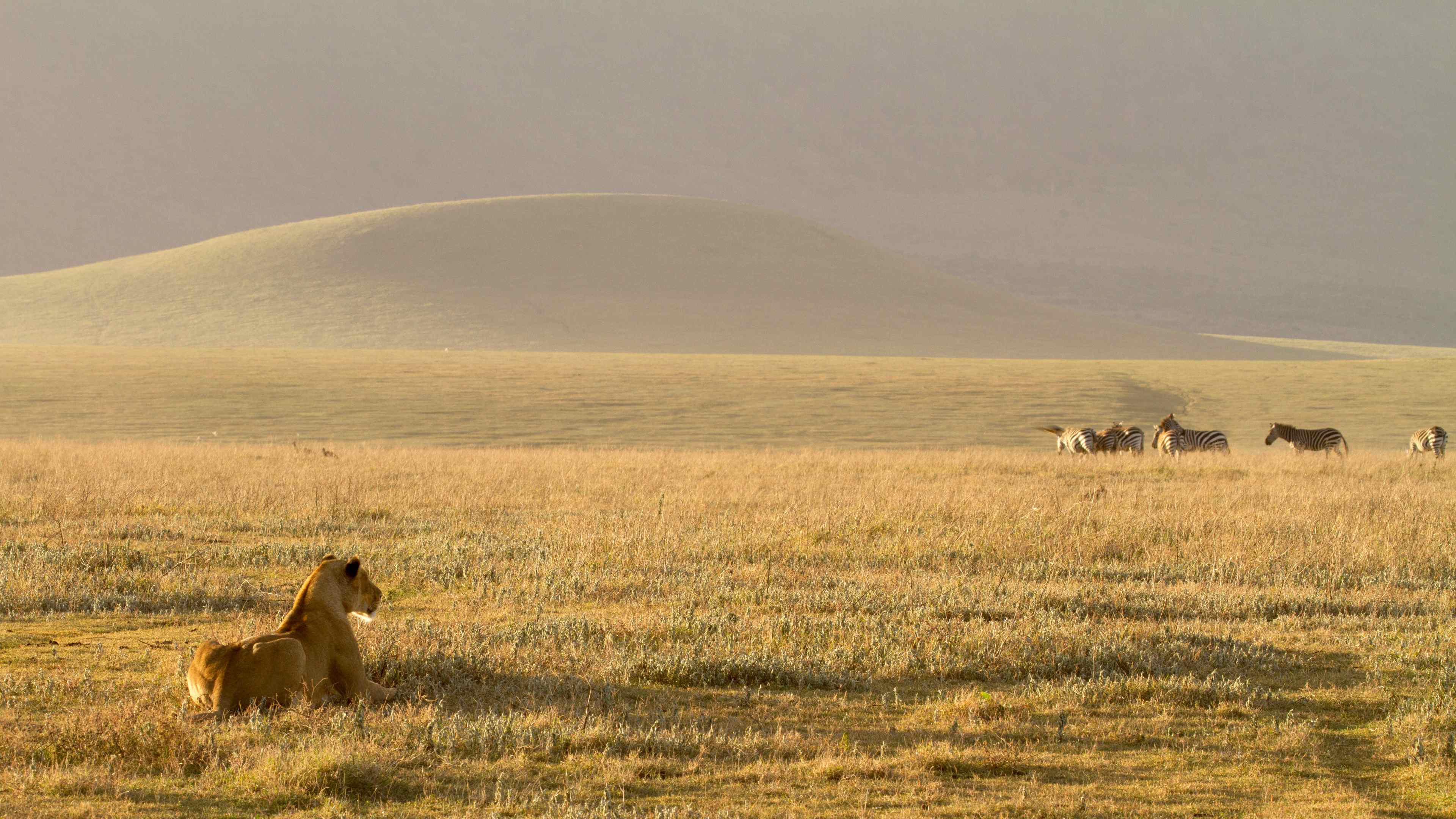 Lion populations in Africa have experienced catastrophic declines over the last one hundred years. Today, it is estimated that between 20,000 and 32,000 individuals remain in the wild, representing a 43 percent decline over the past two decades and a nearly 90 percent decline over the last century. Meanwhile, Africa’s human population is growing rapidly and expected to more than triple by the year 2100.

The expansion of human communities is causing the unprecedented fragmentation and degradation of critical habitats for lions and other wildlife, including prey species. As lions come into increasing contact with humans, they often turn to the livestock of local herders for an easy meal. The loss of a cow is viewed as a personal attack, and people often retaliate against lions by shooting, spearing, or poisoning them. In addition, more and more lions are being trapped and killed by snares set for bushmeat poaching, and the sale of their body parts for use in traditional medicine is on the rise.

The Northern Tanzania Big Cats Conservation Initiative works to protect one of the country’s most threatened lion populations. Fifty percent of the world’s remaining lions live in East Africa, with as many as 900 individuals roaming our conservation landscapes. By preventing human-wildlife conflict, our Living Walls protect 500 lions in a local population. To date, there have been no retaliatory killings at homesteads where Living Walls are installed. At pasture, our Warriors for Wildlife team prevents lion-livestock conflict by monitoring lions and alerting community members to their presence. The Warriors also help to change long-held negative perceptions about lions by educating local people about the benefits of conservation.

Our work also restores and protects the vital habitats of lions and their prey. As a result of better protection, prey species populations have shown a sustained increase over the last six years in our key monitoring site. Recently, numerous lion sightings have been recorded across several of our program areas, an indication that local populations are recovering. 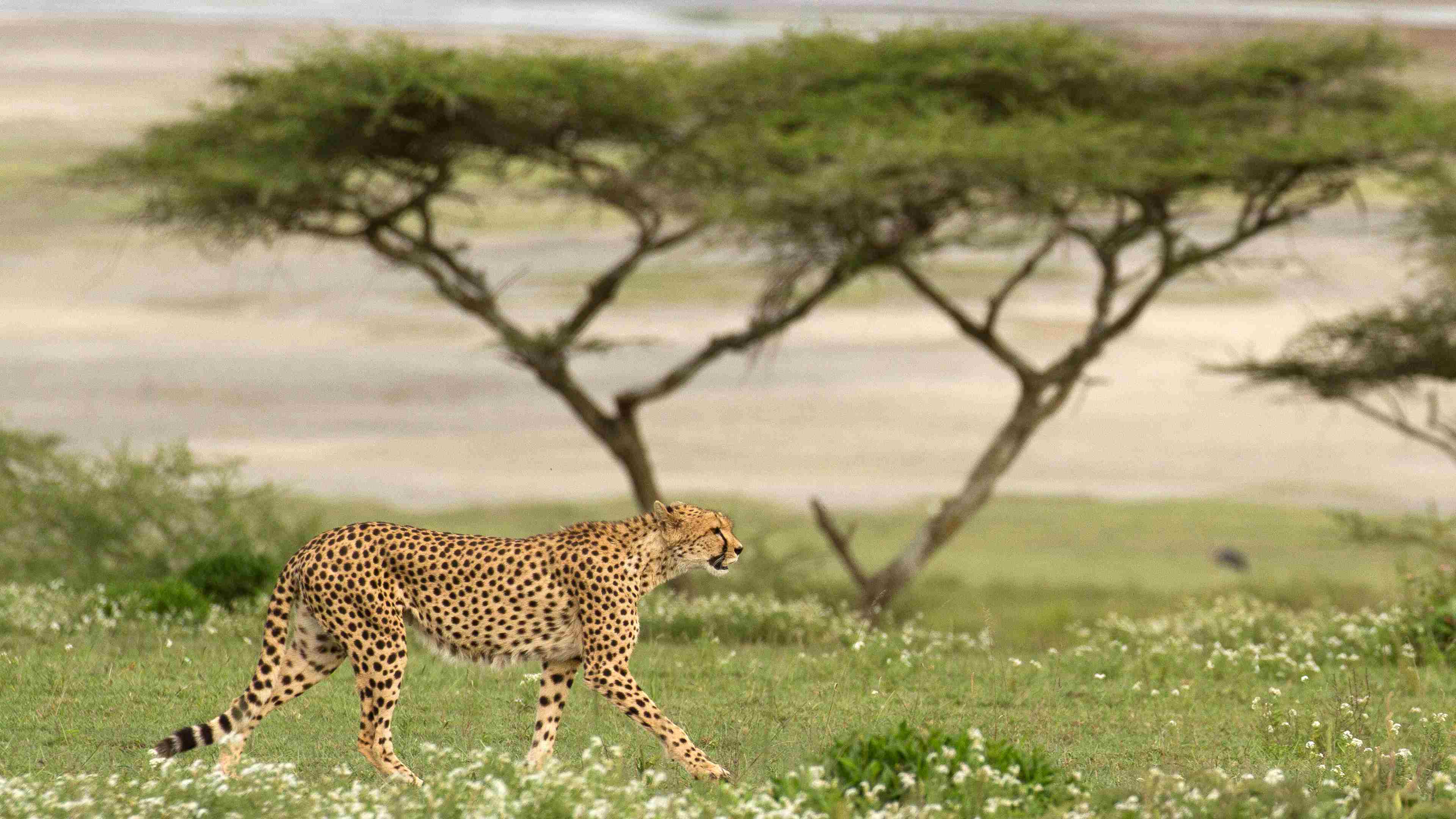 Known as the world’s fastest land mammal, the cheetah is Africa’s most endangered big cat. Though it used to roam widely across the African continent, only 9 percent of its historic range remains. Scientists estimate that fewer than 7,100 cheetahs live in the wild today. This dramatic population decrease has prompted calls for the International Union for the Conservation of Nature (IUCN) to upgrade the cheetah’s status from “vulnerable” to “endangered.” The cheetah’s decline has largely been caused by diminishing prey species populations and the loss and fragmentation of its habitat due to land cultivation.

Northern Tanzania is a vital area for cheetah conservation efforts. Though 92 percent of the region consists of unprotected cheetah habitats, few conservation efforts focus on the long-term existence of cheetahs outside of Tarangire and Lake Manyara National Parks. In particular, our Maasai Steppe landscape requires significant cheetah conservation activities. Of the four major territories in Tanzania containing important resident cheetah populations, the Maasai Steppe contains the largest percentage of unprotected cheetah habitat. It is estimated that just one hundred cheetahs remain in this important landscape.

Our work contributes to the active conservation of cheetahs across the region. We partner with local communities to protect vital habitats and maintain landscape connectivity, reduce human-wildlife conflict and bushmeat hunting, and increase knowledge and awareness about this amazing big cat, which is often mistaken for a leopard. 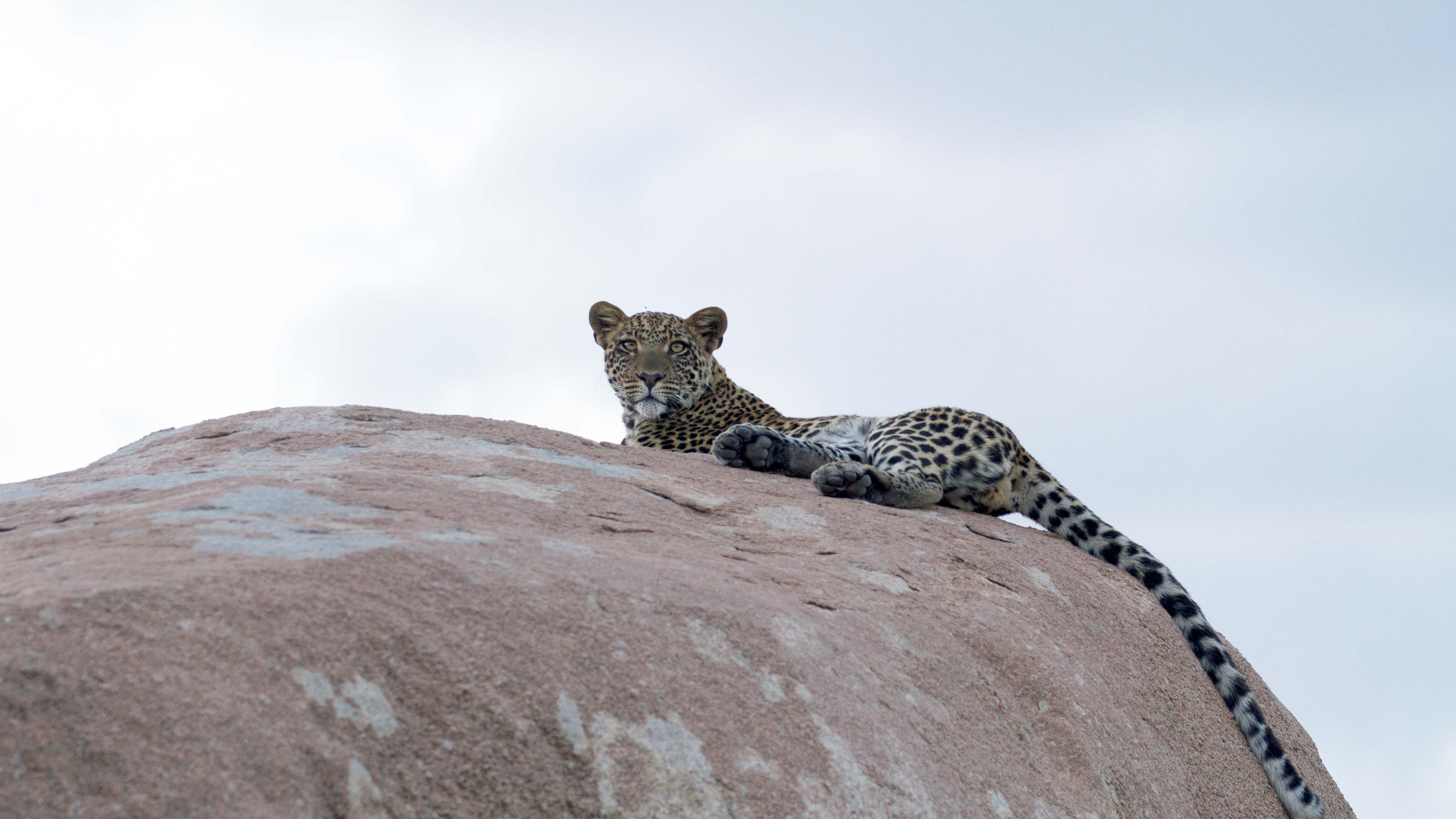 Leopards have a broader geographic range than all other big cats and are highly adaptive to different environments. Because of their elusive nature and widespread distribution, the exact number of leopards remaining in the wild is unknown. Leopards have experienced steep population declines worldwide and are believed to now occupy just 25 to 37 percent of their historic range.

The main threats facing leopards are habitat loss and fragmentation, prey species loss, human-wildlife conflict, poaching for their fur and body parts, and unregulated trophy hunting. Given their adaptable nature, opportunistic feeding behavior, and ability to persist undetected by humans, leopards are considered more resilient to many of these threats and have received relatively less conservation concern. However, recent studies demonstrating the significant range reduction of leopards throughout Africa, calling their conservation status and needs into question. A preference for medium-sized prey, which are in decline in many parts of their range, may further threaten this stunning wild cat.

It is possible that more than 1,000 leopards survive across northern Tanzania, though no population estimates exist. The Northern Tanzania Big Cats Conservation Initiative protects leopards by working to maintain habitat connectivity, conserving the leopard’s wild prey, reducing leopard attacks on livestock with Living Walls – hence avoiding the need for retaliatory leopard killings – and by improving our understanding of the presence and abundance of these great cats across the landscapes where we work. 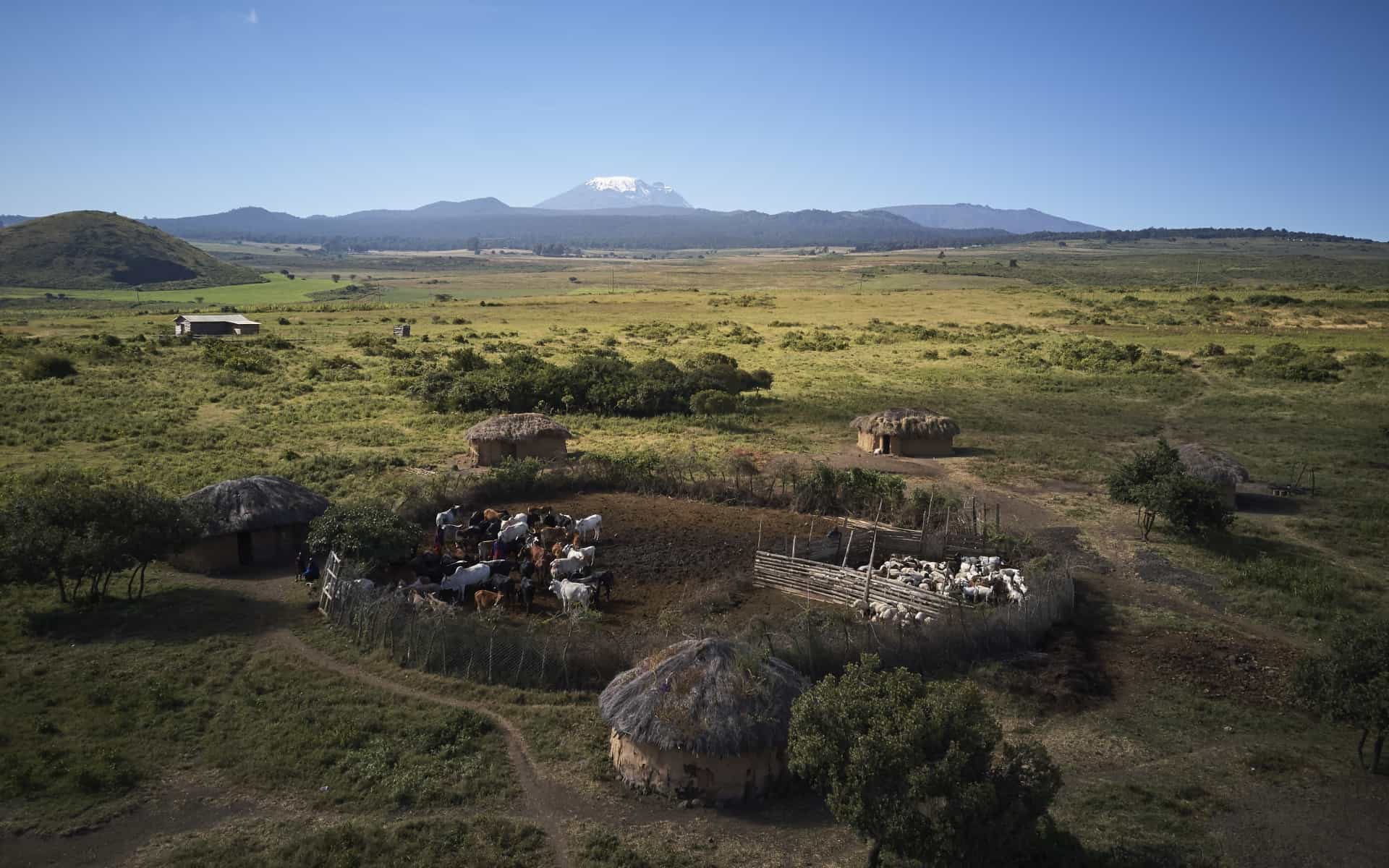 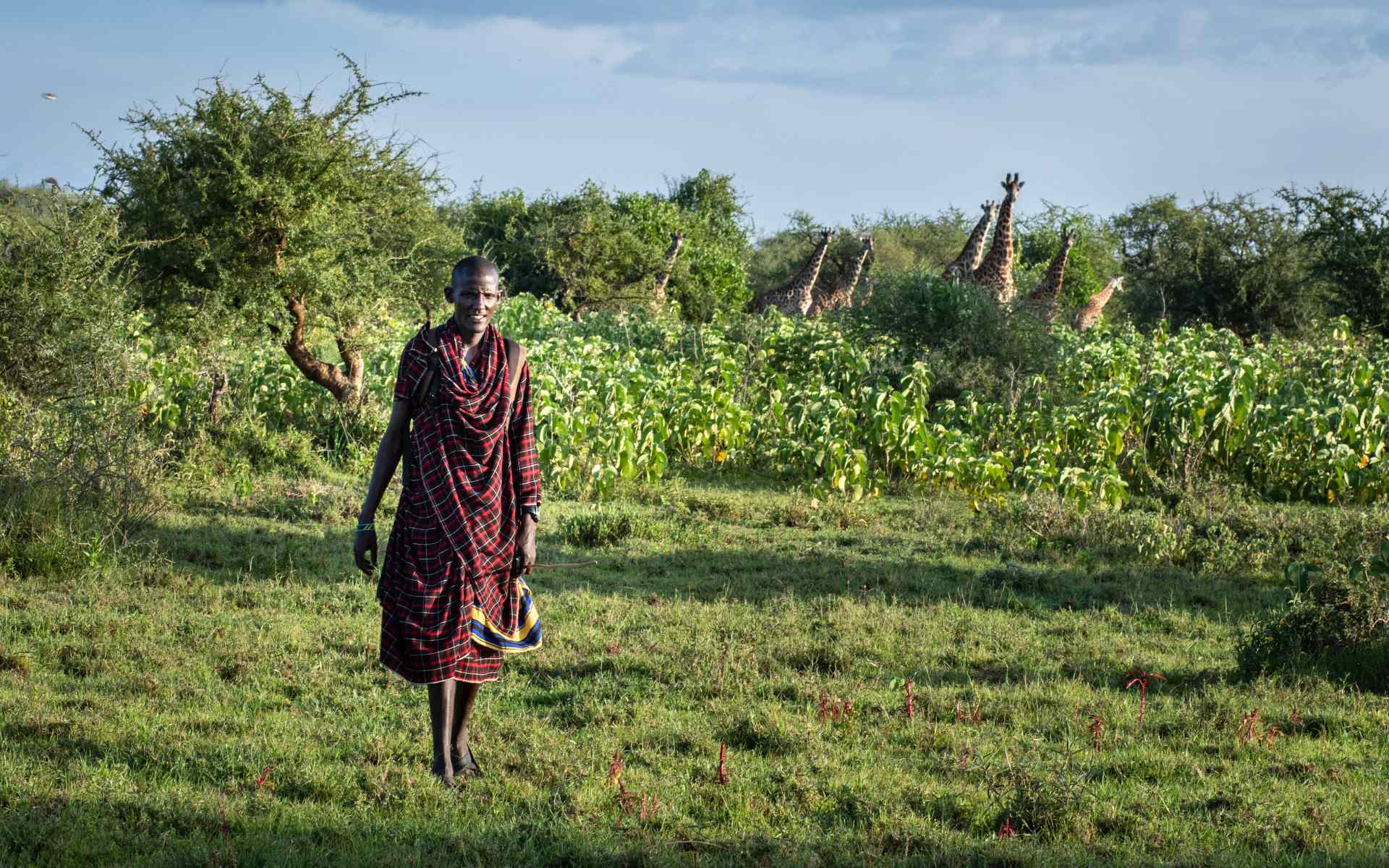 We empower rural women to develop and grow their own environmentally friendly businesses. 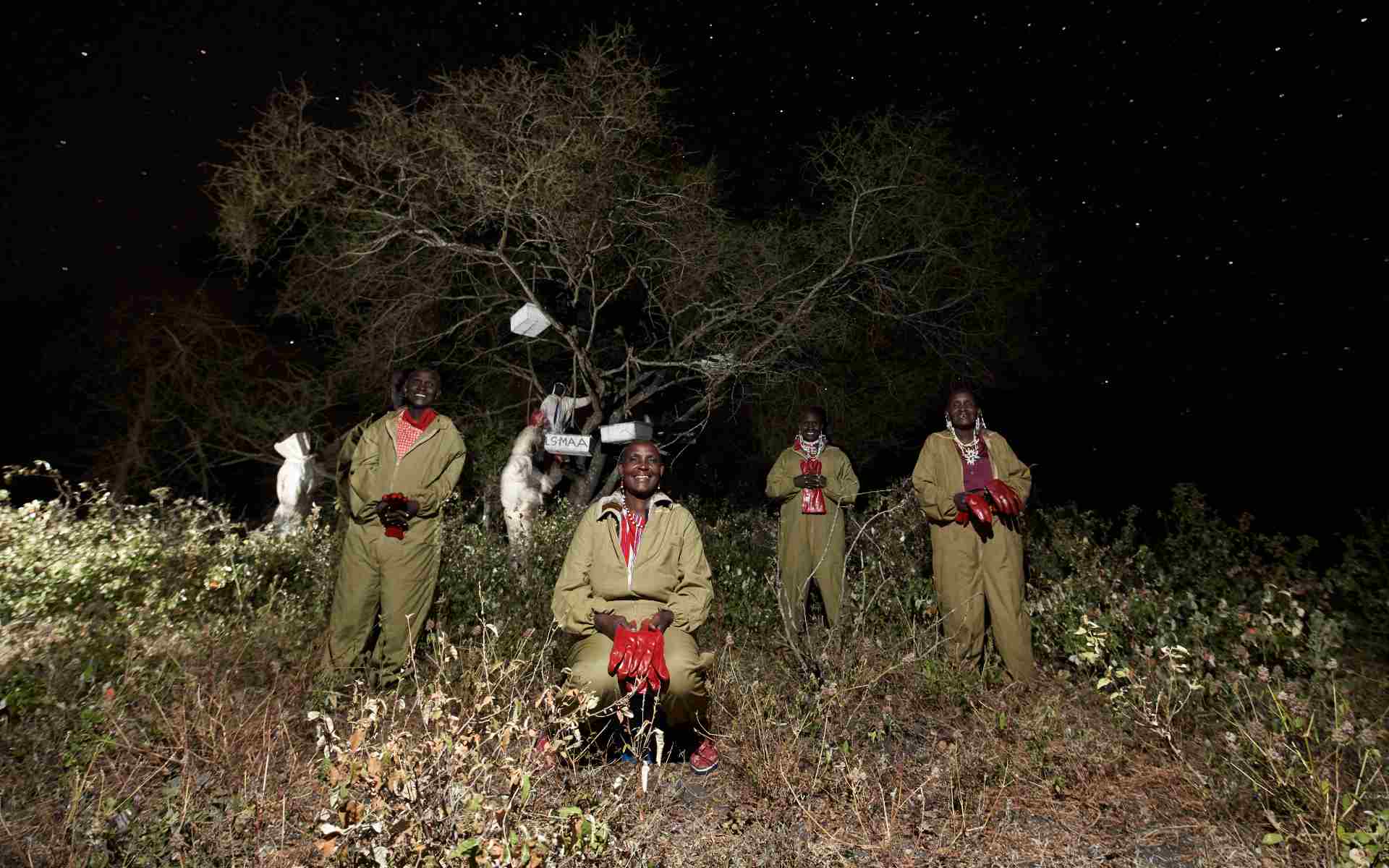