A goat stands outside the gate of a Living Wall.
© 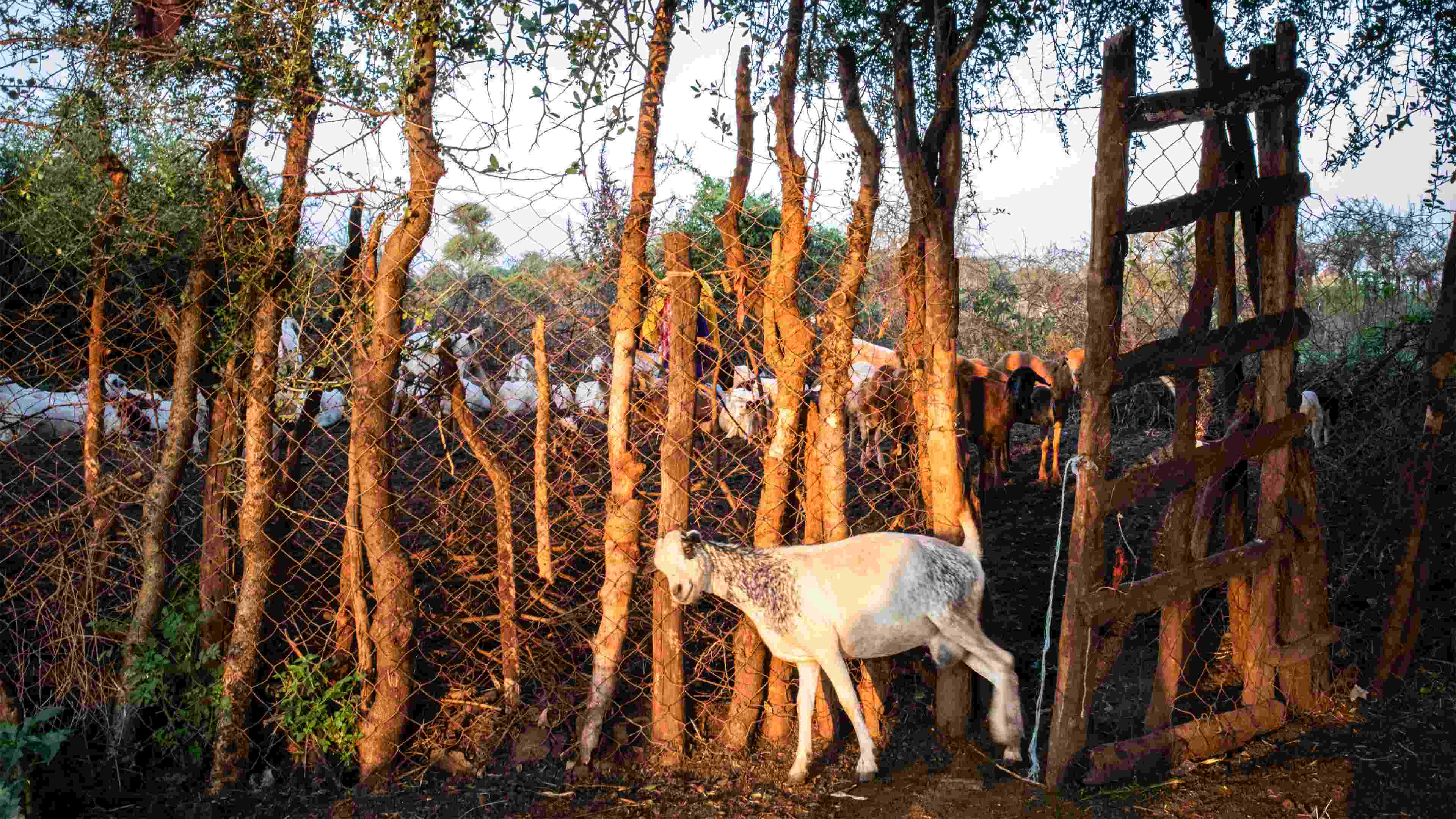 The Benefits of Coexistence

How a Living Wall improves the quality of life for a herdsman and his family.

Raphael Leemai Siria has lost hundreds of valuable livestock over the years to attacks by lions, wild dogs, and hyenas. As a herdsman in the community of Narakauo, Raphael’s livelihood suffers each time one of his cows, goats, or sheep is killed.

“In the past, as many as 25 percent of my cattle were eaten by predators in an average year. I once lost thirty goats and sheep in a single attack,” he says.

Raphael first learned about predator-proof Living Walls – circles of trees reinforced with chain-link fencing – when he saw one being built at his neighbor’s boma, or livestock corral. He contacted APW, who agreed to help Raphael build his own Living Wall. As required by APW, he contributed 25 percent of the cost of the fencing and helped with the construction.

Today, Raphael no longer needs to worry about his livelihood.

“Since the Living Wall was installed, I have not incurred any attacks at the boma,” he explains. 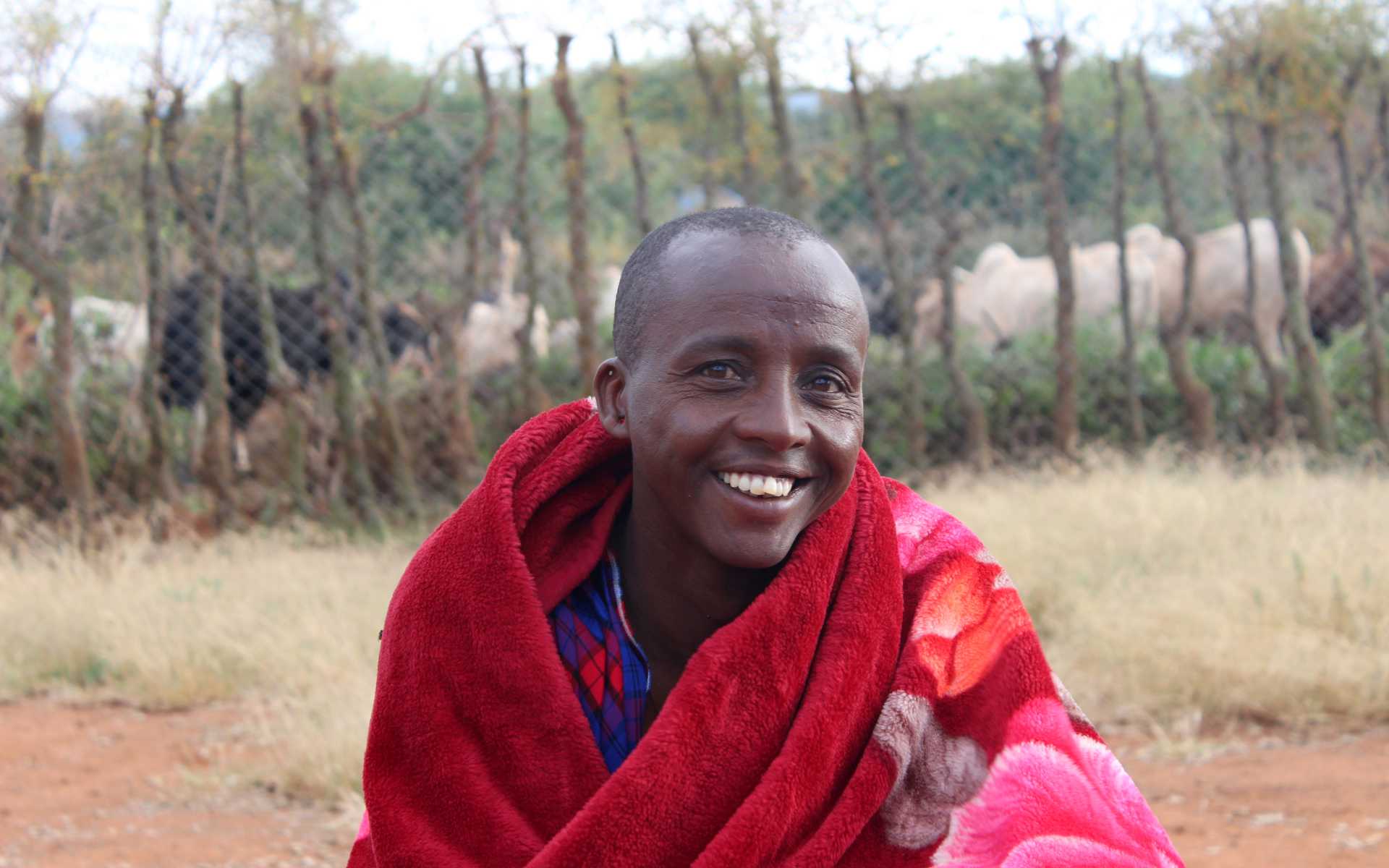 In the past, as many as 25 percent of my cattle were eaten by predators in an average year. I once lost thirty goats and sheep in a single attack.

The benefits of Raphael’s Living Wall extend far beyond livestock protection. Before the wall was installed, he and his family members took turns staying up all night to guard against wild predators. Lack of sleep left them exhausted during the day, making it harder to carry out daily activities.

The whole family now sleeps soundly at night, and their workload has been reduced. Unlike the makeshift barrier they used to create by cutting and assembling dried thorn, the Living Wall has required no repairs. The environmental impact of this change has not gone unnoticed by Raphael. “Now that we no longer need to cut down trees to maintain the barrier, vegetation around the boma is regenerating,” he says.

Stories like Raphael’s are becoming more common across northern Tanzania. To date, APW has constructed more than 1,327 Living Walls in the region, and demand continues to grow. Living Walls keep livestock safe from attack with a 99 percent success rate and protect a population of 500 lions from retaliatory killing. 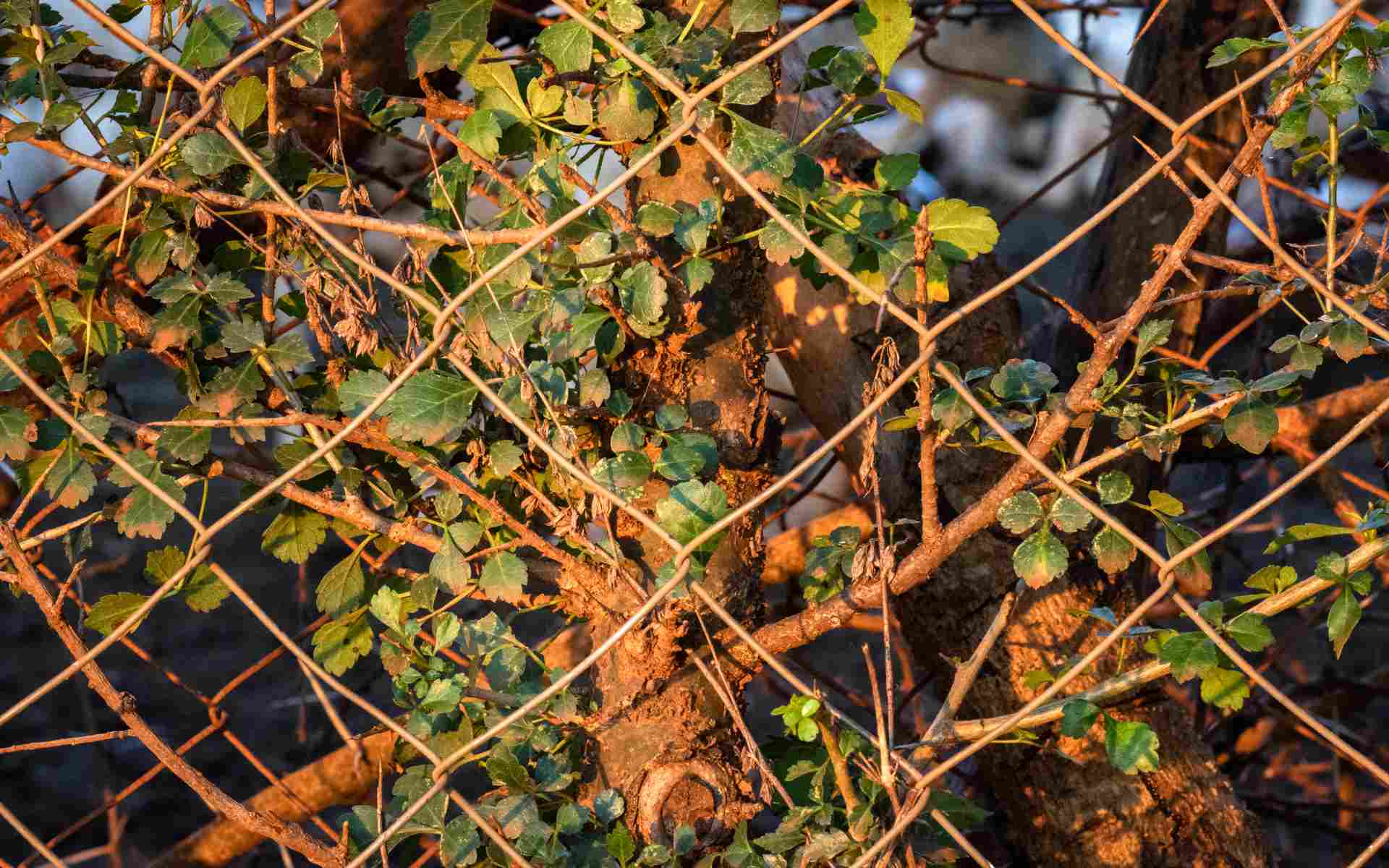 These days, I'm making a profit because my livestock are no longer being eaten by wild animals. I encourage other livestock owners around me to get a Living Wall. It's made a huge difference in my life.

Preliminary results of a recent survey indicate that families who own Living Walls consistently have more positive opinions about coexisting with large carnivores. Many also report that their Living Walls have resulted in cost savings that they can use toward other expenses.

Raphael’s experience with his Living Wall supports that finding.

“These days, I'm making a profit because my livestock are no longer being eaten by wild animals,” he says. “I encourage other livestock owners around me to request a Living Wall – it’s made a big difference in my life.”